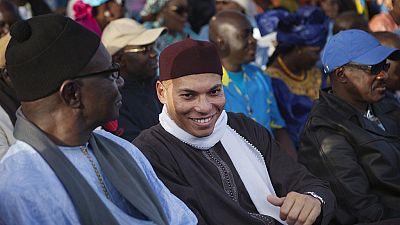 Senegalese president Macky Sall has pardoned Karim Wade, son of the former president Abdoulaye Wade, who was convicted in 2015 for graft, the Ministry of Justice said on Friday.

“The former minister was released early Friday morning,” the head of communications of the Ministry of Justice, Soro Diop said, announcing that he immediately left Dakar to Qatar.

Karim Wade was a minister and council member during his father’s rule between 2000 and 2012 and was detained in 2013 for unlawfully acquiring assets valued at 178 million euros ($198 million) which include companies in Senegal and abroad, bank accounts, real estate and cars.

He was sentenced in March 2015 to six years in prison by Senegal’s special anti-graft court.

The release of Karim Wade followed a reported blockade of social media networks in the country as many Senegalese condemned the presidential pardon. The report cannot be independently verified.

President Macky Sall had hinted on two different occasions the possible release of Karim Wade during a visit to France and also before religious leaders on June 14 where he said his release could be before the end of Ramadan.

“Indeed, many people ask for him to be discharged. This can happen possibly before the end of the year,” he hinted in a June 2 interview with Radio France Internationale (RFI) reaffirming his constitutional authority.