Internationale CDF, a team mostly of African immigrants ripping up the amateur leagues are challenging perceptions in Hungary’s capital, Budapest.

The club was founded in 2006 by Ex-Nigerian player Victor Nelson, who found himself stranded in Hungary.

Originally called Afrique Inter FC, the club was aimed at helping Africans struggling to get a game with Hungarian clubs.

“It’s an important game for us because we are not a very supportive community, and that’s important for us to show the Hungarians that foreigners here can also bring something new in this country,“Queson Lunzitisa, player of Inter CDF said.

Inter CDF was founded with the aims and objectives of using football to channel the energy of youths to more positive pursuits regardless of race, nationality or social status.

“We rent the pitch, we pay the cost of the place and we assist because some of them are from poor homes the parents can not pay the cost of playing other main football teams so we try to create this opportunity for them to also enjoy life like other kids also,” founder, Victor Nelson said.

The club was promoted last season to the top amateur Budapest division after a 30-game winning streak.

One more promotion and they join the professional ranks of Hungary’s third division, another step towards the club’s ambition: qualifying for European competition and taking on the continent’s big names.

Hungary is home to around 5,000 Africans, a tiny percentage of the foreign-born population of just 150,000, mostly Europeans and 1.5 percent of the 10-million-strong country. 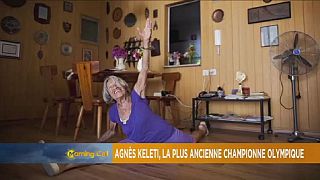 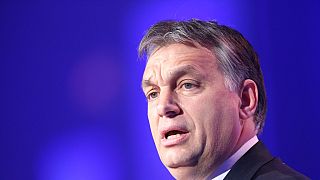