Initial $25,000 for each family of EgyptAir crash victims 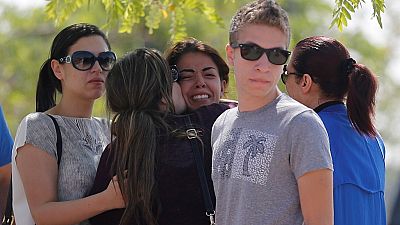 The families of the 66 victims of the Airbus A320 EgyptAir that crashed into the Mediterranean Sea will receive an initial compensation of $ 25,000 each within a month.

This is part of the financial compensation to be paid later by insurance to be determined after investigation of the actual cause of the crash, EgyptAir chairman, Safwat Mussallam told AFP on Monday.

“Insurance (EgyptAir) will make a preliminary compensation of $ 25,000 (over 22,000 euros) for each victim after the issuance of death certificates and the declaration of succession for each family,” noted Mussallam.

Insurance will make a preliminary compensation of $25,000 (over 22,000 euros) for each victim after the issuance of death certificates and the declaration of succession for each family.

“Death certificates will be ready this week before Thursday for Egyptians and foreigners,” he added.

Besides the 40 Egyptians including crew members and 15 French people who were on board, the plane was carrying two Iraqis, two Canadians and nationals of Algeria, Belgium, Britain, Chad , Portugal, Saudi Arabia and Sudan.

The MS804 EgyptAir flight after departure from Paris to Cairo on May 19, crashed between Crete and the northern coast of Egypt after it suddenly disappeared from the radar.

The Egyptian investigation commission said on Sunday that they have begun examining the two black boxes of the Airbus A320, fished from the Mediterranean on Thursday and Friday respectively, to recover its memory cards.

These memory cards will be subjected to electronic testing to verify their condition and then followed by the data recovery phase.