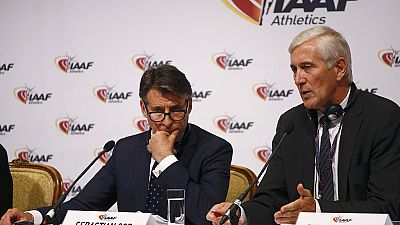 The president of the German Athletics Association, Clemens Prokop, has described as “a good sign” the decision by the International Association of Athletics Federations (IAAF) to retain its ban on track and field athletes from Russia.

The world athletics governing body at a meeting last Friday, voted unanimously to uphold its ban on Russia for systematic doping thereby dealing a major blow to the eastern European nation’s fate of participating in the Rio Olympic games.

“It is a good sign for all sportsmen who prepare for competitions by the book,” Prokop said on Saturday in response to the IAAF’s verdict.

“And it is a good day for our common goal to have equal chances (for all sportsmen) in the competitions,” he added.

The International Olympic Committee which has indicated that it will not allow athletes who “cheat” to compete at the Rio games has also welcomed the IAAF’s verdict.

Russia was suspended from track and field competitions by the IAAF in November last year after an independent report by the World Anti-Doping Agency (WADA) revealed widespread state-sponsored doping.

Clemens Prokop says even though the decision was harsh, it would help protect athletes who abide by the rules.

“In a system where doping is disseminated systematically, where anti-doping authorities are systematically prevented from doing their job, in a system where doping tests are destroyed, in such a system it is practically impossible to determine who follows the rules and who does not. And in this situation, the protection of athletes who train in accordance with the rules is paramount,” Prokop argues.

“That is why those athletes in Russia who train in accordance with the rules, they have to suffer because of the actions of their association and possibly their government.”

But Russians have condemned the IAAF’s decision, calling it an act of revenge from the west.

“The accusation that it is only a conspiracy of the West is of course preposterous” said Prokop who insisted that “it was decided by a panel that consists of representatives from all over the world. And they voted unanimously for a ban”.

“The West has not decided this, world sport has decided” he said describing Russia’s use of the term ‘conspiracy’ as absurd.

The International Olympic Committee which will be meeting next Tuesday is expected to discuss the next appropriate steps to be taken against the Russians.

It is also expected to grant some reprieve to Russian athletes who are innocent.

Meanwhile, Russia’s federal investigators on Saturday said they had opened a criminal case against the country’s former anti-doping chief, Grigory Rodchenkov, now based in the US, on charges of abuse of office.

Rodchenkov had spoken widely about a cover-up of doping by dozens of Russian athletes at the 2014 Sochi Winter Olympics.

The country’s investigative committee however says Rodchenkov ordered his subordinates to recycle athlete samples despite pledging to store until further notice by WADA thus leading to damaging state interests.