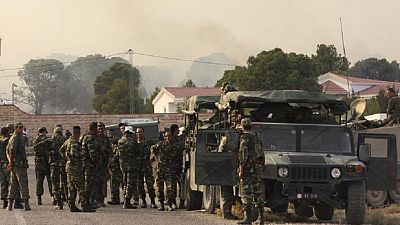 Algerian troops have killed eight Islamist armed fighters and retrieved weapons on Sunday in an operation south of the capital, the ministry of defense said.

Local media also reported that four other suspected militants were also arrested during the operation in Rouakeche area of Medea.

Violence is rarer now in Algeria since the end of its 1990s war with Islamist fighters that killed 200,000 people.

But Al Qaeda in the Islamic Maghreb and small bands of fighters allied to Islamic State have been active in remote regions.

Algeria has increased both inland and boarder patrols to prevent ISIS infiltration from the neighbouring Libya that has been hit hard by the fighters.