Orlando gunman's father 'sorry' for victims, calls for unity against IS 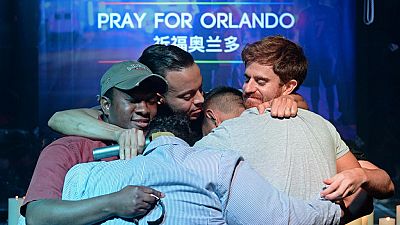 The father of the Orlando gunman has expressed deep sorrow to victims of the gay nightclub shooting that claimed 49 lives.

Seddique Mateen made the remarks in an interview with China Central Television (CCTV) as investigators continue to put together clues relating to the fatal incident at the Pulse nightclub at the weekend.

“I feel sorry for those people who lost their lives and their loved ones, the people who got injured,” he said adding that “I lost my son. It’s a very sad day.”

I don't know. I don't have any idea how he got involved. I wish I did know. I could have arrested him, I could have called law enforcement. This is very sad news for everybody in the United States.

Seddique Mateen cautioned parents to pay attention to their vulnerable children to save them from being radicalised by terrorists.

He also called on all countries to unite in the fight against the Islamic State.

“Our common enemy is the terrorist and terrorism, international terrorism. So I recommend all the countries should get united and eliminate ISIS from the face of the earth,” Seddique Mateen said.

“My son endorsed ISIS, so what that means is that we are the victims of terrorism. So if there was not a group like ISIS, and if he didn’t get the ideas of ISIS, this would not have happened.”

His father however refutes the claims thus “I know that he is not gay, and why he went there I don’t know. I wish he was alive … I could ask him the question why did he do it and why this happened? I’m thinking, what I heard from the news, he might have gone for scouting or something.”