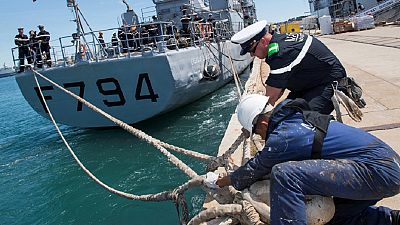 Egyptian investigators say the EgyptAir black boxes will stop emitting signals by June 24 making it difficult for them to be found.

The Airbus A320 flying from Paris to Cairo crashed on May 19 with 66 passengers on board.

A signal was picked up from one of the boxes at the beginning of the month by a French ship. Search efforts to identify the signal of another black box are ongoing.

A specialised vessel ‘John Lethbridge’ from the French Deep Ocean Search capable of detecting the signal arrived on the crash zone on June 9.

Additional information from Egyptian authorities indicate that the aircraft had a sharp 90 degrees turn to the left and 360 degrees to the right before it crashed.

Once recovered, the black boxes will be handed over to Egyptian authorities for analysis in Cairo’s air crash investigation laboratory.

In the situation of further damage, the black boxes could be sent to the manufacturer in the US for further analysis.