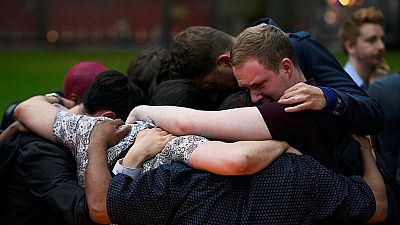 Police are still investigating the Orlando mass shooting that occured in the early hours of Sunday morning. The shooter Omar Mateen has puzzled many who knew him including his family.

His father, said in a Facebook video uploaded on Monday that Mateen was a “good son” and that he did not know what motivated him to carry out the ugly attack.

“My son Omar Mateen was a good son and educated person. He had a child and a wife, and was really dignified. I mean he had respect for his parents. Last night I don’t know what caused him (to do it). He was working in a company and the company had given him a pistol. I don’t know what happened and I didn’t know he had hatred. He went to a gay club for men and women and killed 50 of them with a gun. I am so upset,” said Seddique Mateen, father of Omar Mateen.

The issue of gay punishment and homosexuality belongs to God and God punishes them for whatever they do. This does not belong to the slaves of Allah.

His father distanced himself with the belief held by the Mateen on gays as he condemned the action by the son.

“The issue of gay punishment and homosexuality belongs to God and God punishes them for whatever they do. This does not belong to the slaves of Allah, but I am really saddened that he (Omar Mateen) has committed this action.”

But his former wife Sitora Yusifiy spoke about his mental health issues as being unstable.

“Emotional instability, sickness and he was mentally unstable and mentally ill. That’s the only explanation I can give. Deeply traumatized,” she told AFP.

Fifty people were shot dead at an Orlando City’s nightclub in southeast America’s Florida State on Sunday, making it the worst mass shooting in America.

Some witnesses recall the moment when the attack occured.

“So we go to the bar, close our tabs, get some water, joke around with our bartender and friend, ten minutes later boom, boom, boom, three shots right there,” one witness said.

“And then I saw a guy leaving out of a black van, a minivan and he had a rifle. He had a strap and he shot the valet parking guy. Then I tried to approach him and he started shooting at us and then the police came and it was a continuous shooting between them and after that he went inside,” another witness added.

Authorities are wondering if it was an act of terrorism and are probing the background of Mateen, a 29-year-old American citizen from Florida, who had worked as a security guard.