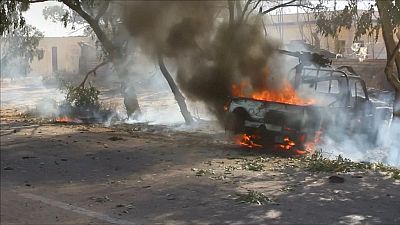 “There are several wounded among our forces,” he said, without providing further details.

One bomber blew up his car a few metres from a group of pro-government fighters near the Abu Hadi roundabout in the city’s southeast, Issa said.

The other bombers targeted pro-government forces and a field hospital in the city’s west.

Forces loyal to the unity government have been fighting deadly street battles to retake Sirte, a coastal city 450 kilometres (280 miles) east of Tripoli that IS seized last year and turned into its main North African bastion.

The loss of Sirte, former dictator Muammar Gaddafi’s home town, would be a major blow to IS at a time when it is under mounting pressure in Syria and Iraq.