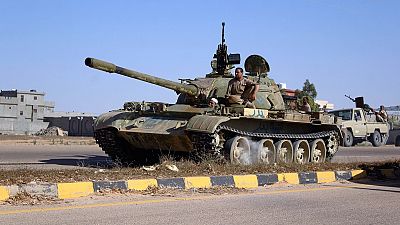 Naval forces affiliated to Libya’s unity government on Thursday evening said they had taken control of the entire coast of Sirte, a stronghold of the Islamic State in Libya.

“The operation will not last much longer,” spokesperson of the armed forces Mohamad Ghassri told AFP.

He added that the forces hoped “to be able to announce the release of Sirte in two or three days.”

The operation will not last much longer, (forces hoped) to be able to announce the release of Sirte in two or three days.

Pro-government forces have for weeks been encircling the city in the hopes of recapturing it from the Islamist militants.

The gains made by the government forces would make it practically impossible for IS fighters to flee by sea.

The loss of Sirte would be a huge setback for the IS as the ultra-radical group faces a major offensive backed by the Americans and Russians in Iraq and Syria – two countries where it is well established.

The offensive against the port city located 450 kilometers east of Tripoli is being conducted by land, air and maritime forces.