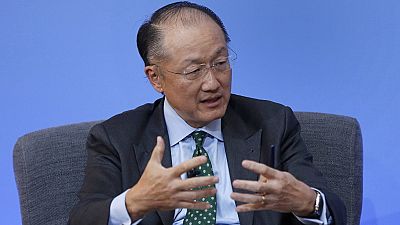 The World Bank has said, economic growth in Sub Saharan Africa will slow to 2.5 percent in 2016 from an earlier estimate of 3.0 percent in 2015.

The bank cautioned that oil exporters are a not likely to experience any significant pickup in consumption growth, while lower inflation in oil importers will support consumer spending.

In its latest Global Economic Prospects report, the bank said that commodity exporters and developing economies have struggled to adapt to low oil and other commodity prices.

Economic growth remains the most important driver of poverty reduction, and thats why we're very concerned that growth is slowing sharply in commodity-exporting developing countries due to depressed commodity prices.

Subsequently, growth in these economies will advance at a meager 0.4 percent in 2016, a downward revision of 1.2 percentage points from the bank’s outlook in January.

He added that it is critical for countries to pursue policies that will boost economic growth and improve the lives of those living in extreme poverty.

On a positive tone, the bank noted that commodity importing emerging markets and developing economies have been more resilient than the exporters. These economies are set to expand at 5.8 percent in 2016, down modestly from an earlier forecast of 5.9 percent in 2015.

The bank highlighted that the BRICS economies will have varied growth patterns. While China is expected to grow at 6.7 percent this year, Russia and Brazil will remain in deeper recession. India will hold steady at 7.6 percent and South Africa will grow at 0.6 percent this year, 0.8 of a percentage point more slowly than the January forecast.