EU member states may not imprison undocumented refugees and migrants for merely entering the Schengen zone. That’s according to the European Court of Justice.

It’s chief advisor said on Tuesday that under EU rules, non-EU nationals can only be imprisoned if they’ve already been given a deportation order and have refused to go.

The court’s opinion came in the case of a woman from Ghana who was caught by French police on a coach from Belgium to London using somebody else’s passport.

She was detained under French law while police were arranging her re-admittance to Belgium.

The court said that breaches the EU Return Directive which says so-called illegal migrants must be first invited to go home voluntarily within a specific time-frame. 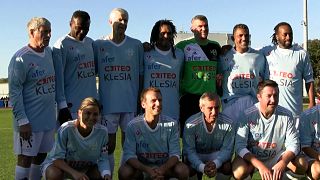