US records first birth of baby with Zika-linked microcephaly 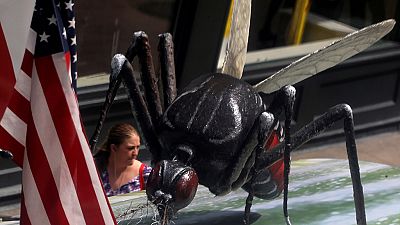 A baby born with Zika-related microcephaly has been delivered in the United States, at the Hackensack University Medical Center.

Doctors at the hospital confirmed the microcephaly diagnosis when the unidentified woman was admitted at the center’s high-risk unit.

WATCH: Baby Born in New Jersey has Zika-Linked Defects
From ABCWorldNews with DavidMuirhttps://t.co/l0nKywPKNe

“The baby girl that was born to the mother with Zika infection is currently being evaluated for complications related to congenital Zika. She has microcephaly as well as structural abnormalities of the eye” said Dr. Julia A Piwoz, Chief of Hackensack University Medical Center’s Pediatric Infectious Diseases Section.

According to the doctors, the child’s mother is in stable condition but not doing well emotionally.

“The mother was initially in Honduras, where she contracted the Zika infection. She was evaluated by her OBGYN and some specialists in Honduras, where they suspected the possibility of a Zika infection. At that point there were some testing done, the patient opted to come to the United States for better care,” said Abdulla Al-Khan, Director of Maternal-Fetal Medicine at the hospital.

A previous case of a baby born with microcephaly in the US was recorded in January in Hawaii.

The Zika virus was first linked to microcephaly in Brazil which now has more than 1,300 confirmed cases that it considers to be related to Zika infections in the mothers.

The US in February this year, recorded its first sexually transmitted Zika infection, a strain said to be more likely transmitted through sex and not a mosquito bite.