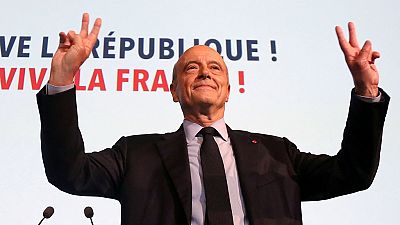 Former French Prime Minister, Alain Juppe, considered a favourite in the race for France’s centre-right nomination for next year’s presidential election took his campaign to north Africa this weekend.

Juppe, who addressed a meeting of French nationals in Casablanca, said Morocco will occupy a special place in the foreign policy of France should he win the elections.

“Morocco is a friendly country to France and the relations between France and Morocco are of exceptional intensity and should remain so,” he said.

“If tomorrow I have to carry national responsibilities, the country will obviously be one of the strong points of my foreign policy,” he added.

The mayor of Bordeaux praised Morocco’s stability in a region he described as volatile.

‘‘In a particularly volatile region, (which is) difficult and dangerous, not to mention all the countries of the Maghreb and the Middle East, Morocco appears to be a pole for stability and is quite valuable to us,’‘ he said.

Alain Juppe said he knows all too well that he must overcome two major obstacles: the Republican primaries in November this year and hopefully the French presidential election in 2017.

Juppe served as Prime Minister under President Jacques Chirac between 1995 and 1997.

He also served as a Minister of State for Ecology and Sustainable Development in 2007 under Nicolas Sarkozy.