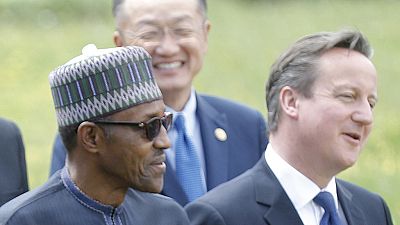 Nigeria’s president Muhammadu Buhari was “shocked and embarrassed” by the British Prime Minister’s comments calling his country and Afghanistan “fantastically corrupt” and “possibly the two most corrupt countries in the world”.

David Cameron uttered the comments on Tuesday at the Buckingham Palace in a chat with a group including the Queen at an event marking her 90th birthday.

...by providing a safe haven for corrupt assets, the UK and its Overseas Territories and Crown Dependencies are a big part of the world’s corruption problem.

President Buhari’s spokesperson, Garba Shehu, in reaction to the comments said the government was deeply “shocked and embarrassed”.

“This is embarrassing to us, to say the least, given the good work that the President is doing. The eyes of the world are on what is happening here. The Prime Minister must be looking at an old snapshot of Nigeria. Things are changing with corruption and everything else.”

The Archbishop of Canterbury, Justin Welby, who was part of the group was heard saying Buhari himself was not corrupt.

The Managing Director of Transparency International, Cobus de Swardt, in response to David Cameron’s comment said corruption affects the UK as much as others especially when corrupt assets are kept there.

“…by providing a safe haven for corrupt assets, the UK and its Overseas Territories and Crown Dependencies are a big part of the world’s corruption problem,” Cobus de Swardt said.

He added that despite the history of high level corruption in Nigeria and Afghanistan, “the leaders of those countries have sent strong signals that they want things to change, and the London Anti-Corruption Summit creates the opportunity.”

Muhammadu Buhari will give the keynote address at the London Anti-Corruption Summit on Wednesday under the theme: Why We Must Tackle Corruption Together.