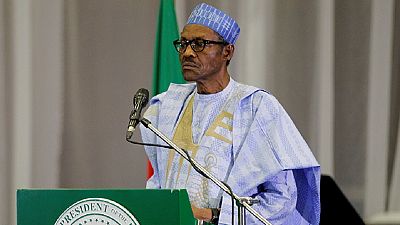 <p>Nigeria’s president Muhammadu Buhari is expected to call on an anti-corruption summit scheduled to commence on Tuesday in the UK to support the fight against corruption.</p> <p>Buhari will play a prominent role in the summit which will be hosted by the British Prime Minister, David Cameron with many heads of state and government in attendance, Nigeria Television Authority reports.</p> <p>Although it is not clear if many of the leaders of the overseas territories will attend the London conference, it is likely to be attended by as many as 40 countries, including African Leaders fighting corruption and key figures in the G20 such as the US secretary of state, John Kerry. </p> <p>President Buhari is one of the world leaders scheduled to speak at the opening session of the Anti-Corruption Summit with others, including Prime Minister Cameron and the president of the World Bank, Jim Yong Kim.</p> <p>Thereafter, Buhari will join other participating heads of state and government at special plenary sessions on exposing, tackling and driving out corruption.</p> <p>In his address to the summit and interactions with other participating leaders, President Buhari will urge the international community to move faster on the dismantling of safe havens for the proceeds of corruption and the return of stolen funds and assets to their countries of origin.</p> <p>Nigerian minister for justice, Abubakar Malami has also called for the London summit to take steps in increasing transparency in the management of returned stolen assets, to ensure ease of access in the recovery of stolen assets.</p>