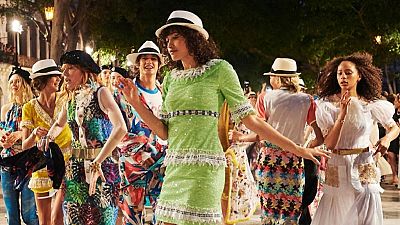 Cuba was again on the spotlight this week, as renown celebrities and Cuban bigwigs graced the red carpet in Havana, when French fashion house Chanel staged its first Latin American catwalk show.

Chanel is now the first major fashion house to send models down the runway in Cuba, since Havana and Washington fell out in late 2014.

“It’s a wonderful once-in-a-lifetime invitation to come to Cuba, which is a place like many of us that I’ve been wanting to come to for years and never managed to. I never expected to come here with Chanel,” said actress Tilda Swinton.

First look of the Cruise 2016/17 show in Cuba. See the full film on https://t.co/aFO8s43UlB #ChanelCruiseCubahttps://t.co/9OQiGyO3DF

The decision for this runway to be only for very limited personnel, from embassies, foreigners, is ridiculous because if they come and decide to have a fashion show in Cuba, it is for the Cuban people.

Cuba is fast becoming one of the world’s top fashion destinations, but the exclusive Chanel show also caused bitterness among local who felt sidelined.

“The decision for this runway to be only for very limited personnel, from embassies, foreigners, is ridiculous because if they come and decide to have a fashion show in Cuba, it is for the Cuban people, for people who are hungry for these events,” said Liliana Suarez, a Cuban citizen.

The Chanel show took place in Havana’s Paseo del Prado, a seaside boulevard in a scruffy neighbourhood that got a makeover for the occasion.

The muted colours, hats and understated romance of Chanel’s Cruise collection harked back to Cuba’s golden era. Chanel said it took inspiration in the line originally designed for wealthy Americans holidaying on the island.

The show was the most extreme manifestation to date of Cuba’s new status as the place to be in the international art and cultural scene.

President Barack Obama visited in March, the same week the Rolling Stones performed in Havana. Earlier this week the first US cruise in nearly four decades docked in the Cuban capital, and the latest installment of the multibillion-dollar ‘Fast and Furious’ action movie franchise is currently filming there. 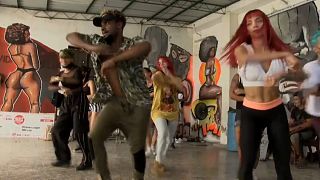