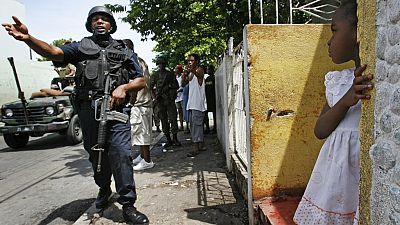 The United States embassy in Jamaica has asked authorities of the island nation to find the culprits who killed two American missionaries on April 30.

The United States is meanwhile sending investigators to help with investigations into the matter.

The bodies of the two missionaries were found in bushes in a rural area.

We are appealing to the residents to assist us with whatever information that they may have.

Randy Hentzel and Harold Nichols helped the destitute by building houses and providing medical care for those in need.

According to an autopsy report, Henzel died of gunshot wounds while Nichols’ body had gunshot and cut injuries.

“Wherever we had one or two other incidents it seems that things are getting out of hand in the parish but we are resolute and we are determined to ensure that this one is resolved. So again we are appealing to the residents to assist us with whatever information that they may have,” said Dwight Powell Saint Mary Superintendent of Police in Jamaica.

Both missionaries lived and worked in the Caribbean island for a Pennsylvania-based religious organization called Teams for Medical Missions.

Jamaica has often been ranked high as one of the countries with the highest levels of crime. Murders in the country have often fluctuated over the years.

In 2015, authorities registered about 1,200 killings, a 20 per cent increase from the previous year.