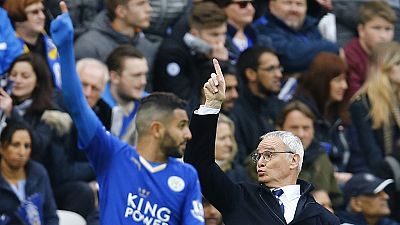 The Foxes have lost just three times in the league this season and are currently on the brink of becoming champions.

They are leading second-placed Tottenham by seven points with three games remaining.

For manager Claudio Ranieri money does not guarantee success but admits it is “only once in a lifetime” that a team such as Leicester will contend for the Premier League title.

While the league leaders have spent less than $44 million on their squad since last summer, United have fielded sides that have cost over $290 million.

African players lie at the heart of the teams’ success.

For Tottenham they will be hoping Manchester United can keep the race alive for their trip to Stamford Bridge to face last year’s champions Chelsea on Monday.