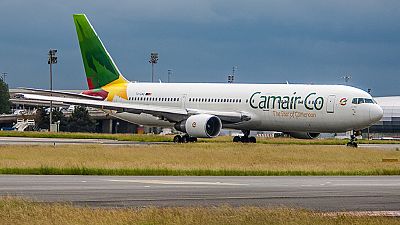 Former director general of Cameroon’s defunct national carrier Camair, Yves Michel Fotso, has been sentenced to life imprisonment for embezzling close to $56 million between 2000 and 2003 while in charge of the company.

It further says that a large number of people, including other heads of state-owned firms and former government ministers, have been arrested.

Legal sources familiar with the Special Criminal Court (SCC) – set up to try those accused of massive corruption – confirmed that Fotso created three front companies to rent aircraft to the airline. The judges also accused him of having made fraudulent withdrawals from Camair’s account at the Commercial Bank of Cameroon (CBC).

The former head of Camair has always maintained his innocence. His lawyers denounced “procedural flaws”.

This is not Yves Michel Fotso’s first brush with the law. In September 2012, Fotso was handed a 25-year jailterm for embezzling $29 million (over 16 billion CFA francs) paid in 2001 by Cameroon in a botched deal to purchase a presidential jet.

Operation “Sparrowhawk” is a name given to the anti-graft swoop. It is a vast judicial operation against corruption in the country, initiated by former Prime Minister Ephraim Inoni, under pressure from international partners.

The Cameroonian government put Camair into liquidation in 2005, before launching Camair-Co, which is also confronted with serious financial difficulties, Vanguard says.