Kenyans triumph in the 2016 London Marathon

Kenyans continue their dominant streak at the London Marathon on Sunday.

31-year-old Kipchoge, a former teenage track star was neck-and-neck with fellow compatriot Stanley Biwott, powered away over the final three kilometres to make it six wins from seven marathons he has participated in.

Kipchoge admitted that he realised his shot at the world record was probably gone when he slowed between the 30 kilometre and 40 kilometre marks.

“I think I lost 30 seconds there but I’m still happy I ran the course record,” he said.

The womens’ race was also another Kenyan win as Jemima Sumgong recovered from a fall to take her first London title in 2 hours 22 minutes 58 seconds.

Despite being tripped by Ethiopian Aselefech Mergia as they approached a water station, the 31-year-old runner picked herself up after banging her head on the ground and went ahead to clinch the title.

Sumgong, who had previously been a runner-up in the Boston, Chicago and New York marathons claimed her first major title in the race as defending champion Tigist Tufa of Ethiopia failed to reel her in down the home stretch and finished five seconds behind, with another Kenyan Florence Kiplagat coming third.

The 2016 London Marathon which doubled up as an official British trial for the Rio Olympics in August, has been described as one of the greatest race in history. 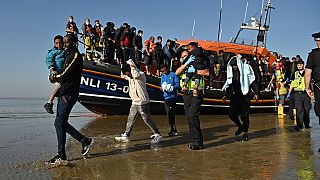 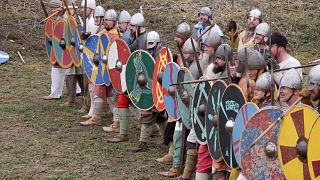