France backtracks on the withdrawal of troops from CAR 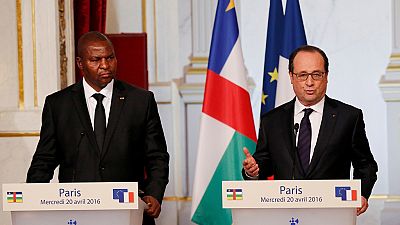 French president Francois Hollande announced on Wednesday that Operation Sangaris, French military mission in the Central African Republic, will stay in the country to help train the CAR army.

The announcement was made during the visit of the new CAR president Faustin Archange Touadera to Paris as part of his first official tour, where he expressed concern about the announced withdrawal of the French operation.

President Hollande maintained that much is needed to be done in terms of security and disarmament while acknowledging the progress made in the country citing their successful election.

“This is why the Sangaris have more reason to stay in the Central African Republic,” Hollande said during a press briefing with President Touadera.

On his part, Touadera told the French president that “we will ensure that our military supports you in the training of the CAR army which is essential to ensure safety.”

French Defense Minister Jean-Yves Le Drian announced in March that France would end the Sangaris mission in CAR in 2016. The mission still has about 900 troops in the country against 2,500 at the height of the tensions. 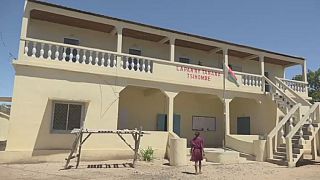