Swiss tried to use Blatter to talk Nkurunziza 'out of power' 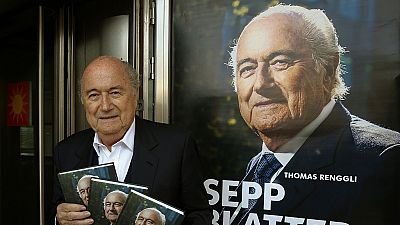 Blatter said he had been mandated in May 2015 by the Swiss Foreign Ministry, at the request of the United States, to intervene with the President of Burundi.

The former FIFA President made the statement on Thursday during the presentation of his biography in Zurich.

The intention was to contribute to a peaceful solution to resolve the current crisis in Burundi and not to request his (Nkurunziza's) removal.

‘‘The Swiss, who wanted to defend the interests of Burundi asked me to speak with President Pierre Nkurunziza, who is also a big fan of football, to persuade him not to run,” Blatter said.

The proposal centered around Nkurunziza being a football ambassador to Africa or outside. President Nkurunziza said ‘‘I am very touched, I will give you an answer.’‘ Blatter said after urging the Burundian leader to accept, he finally refused the offer after a thoughtful moment.

This meeting took place before the major corruption scandal in FIFA, which resulted in Blatter resigning his post as world football chief.

In a statement, the Swiss Department of Foreign Affairs (FDFA) has “confirmed that there had been contact between the Secretary of State Yves Rossier and Mr. Joseph Blatter. The intention was to contribute to a peaceful solution to resolve the current crisis in Burundi and not to request his (Nkurunziza’s) removal.”

Willy Nyamitwe, the Presidential spokesperson also confirmed the plan to talk Nkurunziza out of power, he is quoted as saying:

Some who tried it through Fifa… didn’t know that it wasn’t Nkurunziza’s decision. He didn’t want to run to cling on power, it was the will of the political party members and many Burundians who wanted him to run because they saw him as legitimate.

So those who thought it was his decision rushed to persuade him from not running. But they were wrong… They thought he might be someone materialistic and if they offered him certain things he’d give up his duty to serve Burundians,” he concluded.

Burundi was plunged into crisis since Mr. Nkurunziza announced his candidacy in April 2015 for a third term and was subsequently reelected.

The violence has claimed more than 500 dead and forced more than 270,000 people to leave the country.