Lampedusa based film 'Fire At Sea' premiered in Greece, set to hit Europe 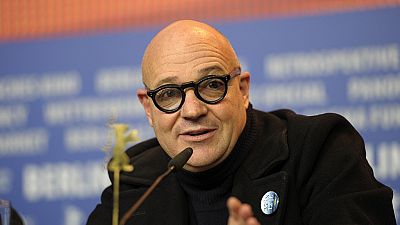 Italian director, cinematographer and screenwriter, Gianfranco Rosi on April 5, premiered his his latest documentary, ‘Fuocoammare’ (Fire at sea) at the Onassis Cultural Center in Athens, Greece.

The documentary won the Golden Bear at the 66th Berlinale. It also won the Prize of the Ecumenical Jury and Amnesty International Film Prize in Berlin.

The documentary captures life on the Italian island of Lampedusa, a frontline in the European migrant crisis and the Gateway to the West.

I am not afraid of these physical barriers, but of the mental barriers that Europe creates nowadays. Especially the walls built by the contemporary policies of countries.

'Fire at Sea' award winning documentary on a contemporary realityhttps://t.co/CQyAGbLIGm :the migrant issue…..to be a bit like fishermen

The Italian film director focus on the locals, whose lives are shaken by waves of migrants.

He wants to raise awareness about this international migrant crisis and the increasing number of deaths as more than 20,000 people have died in the last 20 years while trying to reach Europe.

“I think that a film or a book can’t change the destiny of our world. But my hope is that with this film I ‘ll raise awareness about this issue. Above all, I hope to promote the feeling, the idea that all these persons are not only numbers, but they are individuals. Humans with rights and feelings,” Rosi explained.

Gianfranco Rosi immersed himself in the small fishing community on the Island for over a year and a half, recording the lives of the locals, as hundreds of migrants landed on its shores on a weekly basis.

On the Island he met his main characters, Samuele a 12 year-old boy and the community doctor Pietro Bartolo.

His goal was for the audience to understand the long-term impact of the ongoing problem on the locals and realise the full scale of the migrant tragedy, as many die every day not only there but also on the Greek Islands, in their effort to get to Europe.

“The inhabitants of Lampedusa are fishermen and fishermen have learnt to accept everything coming from the sea,” Rosi said. “This is an extraordinary example that shows that we have to learn to be a bit like fishermen,” he added.

For the Italian documentarian, the migrant problem is “very complicated. It can’t be solved separately by each country and especially the small islands. Lesbos and Lampedusa are two islands, the European bastions on the edge of Europe. They are a strong symbol of what migration is.”

Rosi believes Europe has failed completely in its approach to dealing with the migrant crisis, especially as some countries are erecting walls to prevent migrants and refugees from entering their countries.

“I believe that during history there are examples that show us that barriers and walls can’t resist to the power of history. That’s why I believe that they will crumble, they will be defeated. I am not afraid of these physical barriers, but of the mental barriers that Europe creates nowadays. Especially the walls built by the contemporary policies of countries. I believe that this will be the defeat of the common European policy,’‘ Rosi bemoaned.

“Fuocoammare” is out now in Greece and Italy. It will be released in the UK on June 10, in Germany on July 28 and in Sweden on September 2.