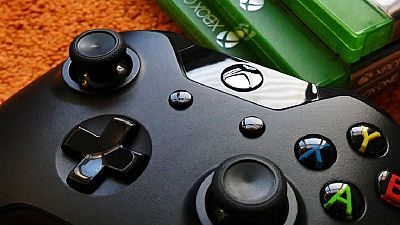 Sony HTC and Oculus are making their early bids to be the games giants of the fully immersive Virtual Reality market, what the boosters promise will be a revolution ushering in a new era in gaming.

Headsets are already appearing on sale from the big industrial players; the Oculus Rift is available now while Sony’s new PlayStationVR lags until October.

Independent games developers are also breaking into the new dimension.

Experts say independent producers are well-placed to capitalize on the new trend in virtual reality.

“There’s huge interest in VR just across the industry and as usual, the independent developers are doing the most interesting stuff. There are some really kind of cool little projects, doing really interesting kind of quirky things with the platform and that’s as VR headsets become more popular, you’ll see probably more indie games than you will see from the big publishers,” said Jon Hicks, Computer Games Expert.

Gamers play as a young girl who wakes up in a strange house with no memory of how she got there and without the use of her sight.

Instead, they must explore their surroundings using sound. Sending out sound waves briefly reveals the landscape, before it fades back into nothingness.

Rather than crafting a huge, immersive VR landscape, Tiny Bull CEO and founder Matteo Lana said they tried to put an interesting twist on virtual reality, by making gamers blind.

“You’re blind, of course, which is weird in VR. But you have some sort of ability, sort of like ‘Daredevil’, so you can use echo location, you can use sound to navigate the world around you.The challenge is to have the players use their other senses. So, we’re relying on haptic feedback and, of course, on audio,” he added.

There’s a multitude of advantages for game makers in the virtual world just waiting to be explored, says Richard Bang, Games Designer, Programmer and Artist at British games studio Freekstorm .

“It gives you the opportunity to allow the players to become much more immersed in the environment. When they’re playing the game, they can forget that the real world exists, there’s no borders at the edge of the screen, the whole game is all around them,” said Richard Bang, Games Designer, Programmer and Artist at Freekstorm.

The single-player 3D adventure puzzle game has three individual characters, each with their own special power, that you need to coordinate to outwit the evil Doctor who has lost his mind and rules over an intergalactic reality TV show.

“The advantage that the indies have is we can try anything. We’re not tied to big triple-A budgets, we don’t have to play it safe, so you’ll see lots of people trying out new things. It’s the new frontier of gaming, nobody knows what works and what doesn’t work, we all get to try it and we see what works,” says Bang.

With the addition of VR hand controllers, players can guide and adjust light rays with their hands.

The relaxed environment is intended for players to gently become completely immersed in the virtual world. Out now, it is HTC and Oculus Rift-compatible.

“We wanted to create a calm entry experience to VR, we doid’t want to make people sick, so it’s a very meditative and slow-paced, no pressure kind of game,” Volker Ritzhaupt, Director of Application Systems Heidelberg:

How long will that attitude last? About 10 seconds as PlayStation was already letting punters play with unreleased more mainstream games and its new VR machines. The Sony machine is poised and ready to strike…

This year’s London show was the biggest in its history with over 160 playable games on the show floor.