African Union: Chad polls free and without fraud despite anomalies

The election is expected to see president Idriss Deby extend his 26 year rule in the country; AFP reports.

AU also noted that most polling station staff did not show great mastery of electoral operations.

Overall, presidential election gave citizens the opportunity to freely choose their leaders .. in a peaceful atmosphere.

“Overall, presidential election gave citizens the opportunity to freely choose their leaders .. in a peaceful atmosphere,” said the report presented by the head of the AU observer mission in N’Djamena, Dioncounda Traoré of Mali.

Thirteen candidates ran for the top job in Sunday’s polls including Deby, who is bidding for a fifth term in office with a support of state institutions and a strong presence on the ground of his party, the Patriotic Salvation Movement (MPS).

Observers also “noted with regret that in 10 percent of polling stations visited, voting in secrecy was not.
guaranteed,” while “in the majority of cases, election staff did not show a great mastery of electoral operations,” notably “in how they emptied ballot boxes,” at nightfall, half of the time without sufficient lighting.

Despite opposition claims of ballot stuffing and buying-up of voter cards in the impoverished country, the head of the AU mission concluded that the election was carried out “without fraud.”

Provisional election results are expected to be published in two weeks by the Independent National Electoral Commission.

However, the election was boycotted by rights groups and the country’s labour movement after five leading activists were detained during the last three weeks.

Under Deby’s leadership, Chad has become both an oil producer and a key player in the fight against the insurgent groups in West Africa. 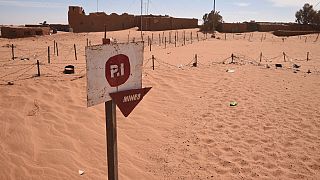