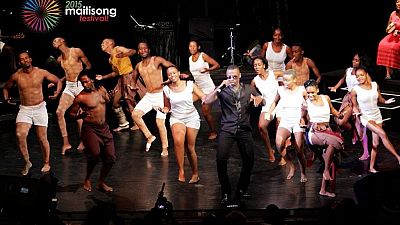 Botwsana’s capital Gaborone will be alive with music, art, poetry, theatre, workshops and arts & crafts beginning Monday as the annual Maitisong festival kicks off for a week.

Now running in its 29th year, the Maitisong Festival is undoubtedly the biggest arts festival in Botswana.

The Festival programme is consciously designed to contribute to the 50th anniversary celebrations of the Southern African nation.

The 2016 theme ‘Engage’ extends last year’s of ‘Elevate’ which reflected clarity of purpose for the need to professionalize the arts by pushing the boundaries and setting the bar even higher.

This was achieved through the exceptional performances presented by local and international artists to rave reviews.

Molosi performed alongside Don Swaby, famous for his role of Chad in Passions. The Metrophones and Lesotho International Jazz icon Bhudaza, CAFCA and Tshwane Orchestra and Phakalane School Marimba Band wrapped up the fun-filled week of festivities at Molapo Piazza.

Billed to perform at this year’s festival are performers from Botswana, the USA and South Africa.