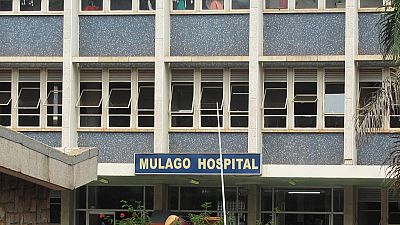 The only radiotherapy machine for treating cancer patients in Uganda has broken down beyond repair, officials at the cancer unit have said.

Uganda’s Daily Monitor quotes the Director of the country’s cancer institute at the Mulago Hospital as saying that it may be difficult to repair the machine procured in 1995.

“The machine is too old. We shall try fixing it but even when we succeed, it will be dangerous for us to use it because we are dealing with radiation which can cause severe side effects to the patients,” Dr. Jackson Orem told the Daily Monitor.

The breakdown of the machine means cancer patients in Uganda will not be able to get the treatment they require.

Dr. Orem also told the paper that patients who strictly need radiotherapy to destroy their cancerous cells will have to be referred abroad while those in need of palliative care will be put on morphine drugs as an alternative.

According to the BBC, the cancer unit at the Mulago Hospital in the capital Kampala, is now looking for $1.8 million to buy a new machine.

The cancer unit gets an estimated 44,000 new referrals annually from Uganda and other neighbouring countries including Rwanda, Burundi and South Sudan, according to the BBC.

Public Relations Officer for the Cancer Institute told the Daily Monitor that the “machine usually breaks down and we have it repaired. It is not the first time”.

About 75 percent of patients who depend on the radiotherapy machine will be affected by its breakdown. Their only option now is to seek treatment in Kenya’s capital, Nairobi or travel abroad.

The cancer unit at the Mulago Hospital receives about 100 cancer patients on a daily basis who need radiotherapy treatment.

Radiotherapy uses radiation to target and kill cancerous cells in a specific part of the body, and can be used for many types of cancer.