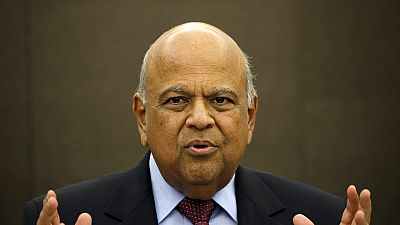 South Africa is set to investigate individuals and firms named in the now infamous Panama Papers leak to ensure they complied with the law, Finance Minister Pravin Gordhan has said.

The investigation would be carried out by the country’s Central Bank, Financial Intelligence Centre, and tax agency, the BBC reports.

Local media reports also indicate that the South African Revenue Service (SARS) is waiting for further information on those implicated to enable it “act appropriately.”

It is in the interests of all those hiding their assets to come clean and disclose, and the Government offers such persons a way to legitimize their financial affairs before they are caught out.

South Africa will investigate firms and individuals named in the Panama Papers to ensure they complied with the law pic.twitter.com/m3QrX4DFxJ

A statement from the country’s Finance Ministry noted that “the world is systemically narrowing the scope for those who want to hide their offshore assets and avoid paying their taxes due to the South African fiscus.”

While admitting that holding funds in an offshore bank is “by itself not illegal, as long as the necessary approvals and disclosures have been made to the relevant authorities,” the statement urged those with undeclared offshore assets to “come clean.”

“It is in the interests of all those hiding their assets to come clean and disclose, and the Government offers such persons a way to legitimize their financial affairs before they are caught out.”

President Jacob Zuma’s nephew, Khulubuse Zuma, is among those named in the documents leaked from the Panama law firm Mossack Fonseca.

Local media reports say his name surfaced due to his ties with a company which secured a multi-billion rand oil deal in the Democratic Republic of Congo. But Khulubuse Zuma’s spokesman said he had never held an offshore account, according to the BBC.

VIDEO | There is nothing new in the so-called Panama Papers: Zuma https://t.co/dGea2f6dU8

The Finance Ministry’s statement reminded South Africans that the country was at the “forefront of international work on exchange of information (EOI) and has acceded to a number of bilateral agreements, as well as multilateral agreement, to make EOI possible.”

It notes that under the Global Forum on Transparency and Exchange of Information for Tax Purposes, countries can easily exchange information “in respect of a specific taxpayer or group of taxpayers” thus “time is running out for taxpayers who still have undisclosed assets abroad.”