Nigeria plans to send Astronaut to space by 2030 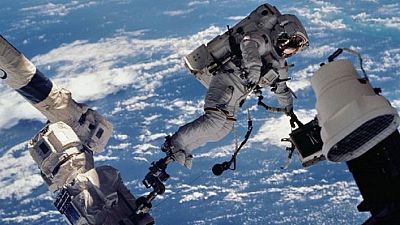 Africa’s largest economy, Nigeria has announced plans to send an astronaut into space by 2030 as part of its drive to develop a world-class space industry, CNN reports.

Minister of Science and Technology, Ogbonnaya Onu said the programme is very important.

“Space is a major asset that Nigeria must be involved in for the purpose of protecting national interests.”

Space is a major asset that Nigeria must be involved in for the purpose of protecting national interests.

Nigeria to send a man to space?: Nigeria has announced plans to send an astronaut into space by 203… https://t.co/mUg0BCmuGE (Via CNN)

In view of the project, a Nigerian space Agency delegation is expected to visit partners in China this month to discuss logistics and achievement for a manned space mission. The mission would be the first by an African nation.

However, the Minister of Science and Technology has been greeted with skepticism as the project comes soon after a scam email demanding $3 million for a lost Nigerian astronaut went viral.

The most recent, Nigeria Sat-x was the first to be designed and constructed by NASRDA engineers.

The space agency has made extensive and creative use of the satellites, for analyzing climate data to improve farming practices and in retrieving hostages from Boko Haram.

Government officials have argued saying space exploration is essential for the country.

“Space applications are key to development,” he said.

He noted that capacity has improved through greater investment in infrastructure and skills.Ale said president Muhammadu Buhari is committed to the programme to ensure that dreams are transfered to reality.