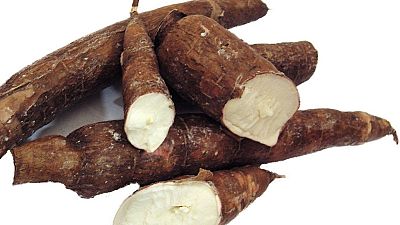 Plastic bags less than 0.05 millimeters thick have been banned in Madagascar since October last year and a Malagasy company has been importing cassava starch to produce biodegradable alternative bags.

At first sight, the bags look like ordinary plastic bags, but they are made of cassava and do not contain polyethylene.

According to the manufacturers, the bags need 3 to 6 months only to decompose, compared with the hundred years for the plastic version.

It is true that these bags made of starch are more expensive compared to the plastic bags but their uses allow for environmental protection.

“It is true that these bags made of starch are more expensive compared to the plastic bags but their uses allow for environmental protection,” Head of Development make-up at Maybelline Madagascar, Jisca Ravelomanantsoa said.

A pack of 50 of the bags costs approximately 7 euros. The normal plastic bags are almost 5 times cheaper. Madagascar’s government partially forbids the sale of plastics bags because of their harm to the environment.

The Chairman and Chief Executive Officer of Gasy Plast, Riana Nampoina Raharimanjato said with the ban, the number of orders for the bags has increased considerably.

“For the moment, Gasy Plast is based in Madagascar, in the local market. But soon we are going to start exporting to the Mauritius Island, to South Africa and many countries in Africa which do not use the plastic bags any more. There is also a market in Asia that has also began the ban on plastic bags”.

In producing the bags, the company imports starch, which is not produced in Madagascar. Last year, the country asserts having made 40 tons of the bags and hopes to multiply production to 360 tons in 2016 and see her invention crossing the oceans.