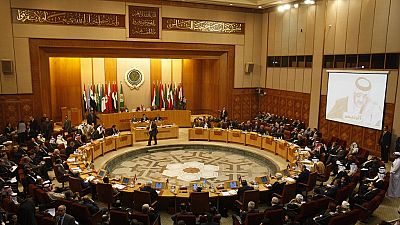 Ahmed Aboul Gheit, a former Egyptian Foreign Minister has been named as the new Secretary General of the Arab League.

His appointment was contained in a statement released by the 22-member bloc, despite delays in the vote as a result of objections raised by Qatar earlier on.

Abul Gheit, who served as Egypt’s last Foreign Minister under ousted Hosni Mubarak, won the backing of League members despite the Qatari objections.

He will replace fellow Egyptian Nabil El-Araby, who announced that he would not seek another term after the expiration of his current tenure in July 2016.

El-Araby before assuming the top job of the Arab League had also served as Egypt’s foreign minister under a transitional government formed after the uprising of 2011.

Qatar’s reservations could be due to their opposition to the Mubarak regime which Aboul Gheit served for seven years.

Qatar backed Mubarak’s successor, President Mohamed Mursi, who was elected in 2012 and overthrown a year later by the army after protests against his rule.

He is a 73-year career diplomat who served as permanent representative of Egypt at the United Nations Headquarters in New York between 1999 and 2004. He was born in Cairo in 1942.

He is a graduate of Egypt’s Ain Shams University with a degree in business. (1964) Ahmed once served as chief of staff of former Egyptian Foreign Minister and Arab Legaue chief, Amr Moussa in the early 1990s.

He also srved as Egyptian Ambassador to Italy in 1992, he is seen by many as a diplomat with excellent administrative and diplomatic poise.

Six of the seven previous Secretary Generals have been Egyptians and the league’s headquarters remains in Cairo – where it was founded.