War of words between Apple and FBI escalates 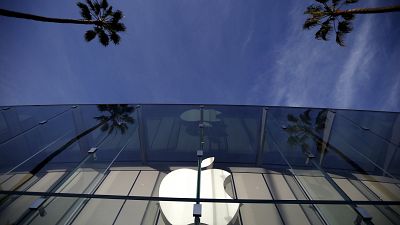 The war of words between Apple and US law enforcement agency escalated again on Monday as their fight over personal versus national security prepared to move beyond the courthouse and into the halls of Congress.

In testimony released ahead of a hotly anticipated congressional hearing, Apple’s chief attorney argued that helping unlock an iPhone used by a terrorist in San Bernardino will ultimately create more crime.

New York’s chief prosecutor said the company’s devices were beyond the law and urged Congress to pass new legislation keeping encryption keys to user data in the hands of the tech giants.

The row between Apple and the FBI over the phone of Farook blew up when the bureau asked the electronics firm for help to unlock the smartphone. Farook and his wife Tashfeen Malik killed 14 people and wounded 22 others during the attack in San Bernadino.

Investigators have been unsuccessful in their attempts to break into Farook’s iPhone 5c, which is protected by a strong encryption method designed to thwart brute-force attacks.

To circumvent this particular security layer Apple would need to write a new, compromised version of its iOS operating system, sign the code and install it on the device. But Apple is refusing to comply, citing an overreach of federal authority and potential First Amendment rights implications.