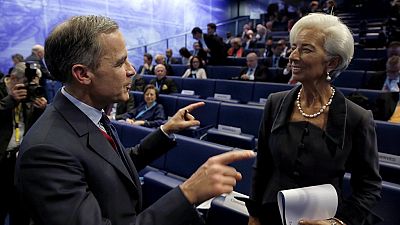 The International Monetary Fund (IMF) has nominated its current chief Christine Lagarde as the agency’s managing director for a second term which begins in July.

She officially entered her nomination for a second term on January 22.

Being the only candidate, Lagarde is assured of a second term. The IMF executive board is expected to name the next managing director by March 3.

“Christine Lagarde has done an exceptional job leading the IMF for the last five years, guiding the Fund at a critical time for the global economy,” U.S. Treasury Secretary Jack Lew said in a statement.

In 2011, Lagarde was named IMF’s 11th managing director and become the first woman to head the fund during a period that Europe was sinking deep into economic crisis

However, her victory came amid criticism that the IMF’s top job should not dominated by Europeans, as it has since the institution was created in 1944.