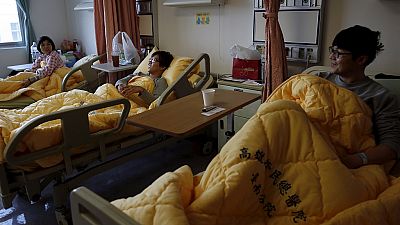 A 30-year-old man who was rescued from the rubble of a collapsed building in the southern Taiwanese city of Tainan, has spoken of his ordeal, calling himself “a really lucky man”.

Chang Chun-Po explained how he lay in the rubble hoping to be rescued after an earthquake on Saturday, February 6 caused the building to topple.

“I think I am a really lucky man. At that time, actually I was rescued very fast. I was worried my family members have not been rescued yet after I was rescued. I thought I am really very lucky after they were rescued.” he added

So far 38 people are known to have died after the quake struck at about 4 a.m. on Saturday at the beginning of the Lunar New Year holiday.

Yet rescuers pulled out alive an eight-year-old girl and her aunt from the rubble on Monday afternoon, more than 60 hours after it was toppled by a quake, as the mayor of the southern city of Tainan warned the death toll could exceed 100.

More than 100 people are still missing.