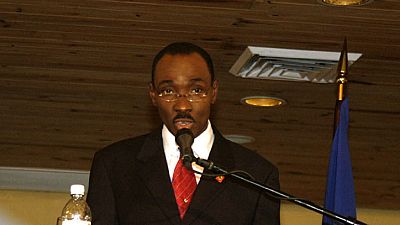 Prime Minister Evans Paul now heads Haiti’s transitional government. He takes over from Martelly who stepped down on Friday.

In a news conference at Port au Prince, Evans Paul called for calm among the population who have been protesting first round presidential election results.

“The weapons of mobilisation are not necessary today because dialogue takes priority, the dialogue that gave forth this agreement. A larger dialogue with all the sectors, with those in power, those of the opposition, those of the streets and the civil society can bring about the Haitian political miracle.”

A group of eight opposition candidates who lost during the first round have contested the choice of Evans Paul by parliament.

The opposition considers the parliamentarians elected during the first round as illegitimate.

They suggest that the choice was suppose to be made by the Supreme Court but Evans Paul wants calm to reign during this difficult moment faced by his country.

“Those in power and those in the opposition ought to join hands so the country can get out of being stuck in the mud of being undeveloped. Those in power and those in opposition ought to work together so the state can create a new dignity to give the people a new direction, cleaning the image of the nation that is dirty, because certain people always offer the shameful performance of killing people by throwing stones,” Paul said.

Continuous protests made it impossible for a runoff to be organised before the end of Michel Martelly’s term. The military has been warned not to fuel the violence.

The second round of the presidential election will hold on April 24. A new president is expected to take office by May.