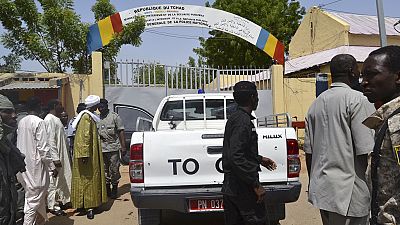 Thousands of unemployed youth staged a sit-in to demand for jobs in Chad’s capital Ndjamena.

The demonstrations were however disrupted a few minutes later, when security forces intervened and dispersed the crowds.

The demonstrators have vowed to continue staging more protests in the country until their voices are heard.

“We will continue to demonstrate until we are satisfied. If the reinstatement to the public service is not approved, we will continue with the protests. We will not just stop like that,” said Jeudi Padjouli, the president of the Unemployed Youth Association of Chad.

Earlier in the year, the country’s government announced it had suspended recruitment in the public service. Only replacement and contract positions would be filled but which did not guarantee the same benefits as in the case of integration.

It is reported there were casualties during the protests, but the police spokesman dismissed the reports.

In a statement, the collective association of youth in the country plans to hold more demonstrations in the city next Saturday.