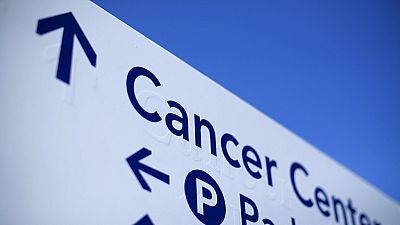 The World Health Organization Regional Office for Africa has called on governments to set up their response on tackling cancer related diseases on the continent.

In a statement, the WHO Regional Director for Africa, Dr Matshidiso Moeti said although African countries have expressed the commitment to “design and implement effective cancer control plans, the growing burden of the disease warrants urgent attention.”

“As we commemorate World Cancer Day, I call on governments to step up their response to cancer by taking concrete actions to reduce premature deaths and improve quality of life and cancer survival rates,” Dr Moeti said.

This figure is expected to double in the next 20 years due to the “aging and growth of the population”.

“ And as you know now, last year, I was found to be a cancer patient….” #NelsonMandela #WorldCancerDay #WeCanICan pic.twitter.com/qZRoMVSCDU

WHO pledged its commitment and that of development partners to continue to provide technical support to minimise the disease burden on the continent.

Dozens of women on the continent suffer mostly from breast and cervical cancers while the men have higher rates of liver, stomach, bladder, prostate, lung and throat cancers.

Cancer, if detected early, can be cured, according to experts.