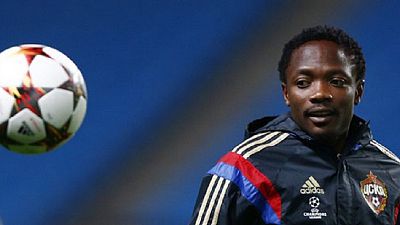 BBC further reports that Moscow turned down an improved bid of $26.5m, from the original offer which was $21.6m.

And according to BBC Sport, Musa, made his international debut for Nigeria against Madagascar in September 2010, and scored twice in Nigeria’s 3-2 loss to Argentina at the 2014 World Cup in Brazil.

It adds that he has scored the county’s fastest-ever goal at a World Cup – netting after four minutes – before becoming their first player to score twice in one game at the tournament.