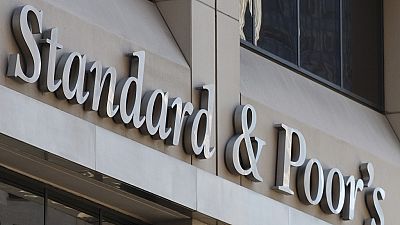 South Africa’s credit rating would be downgraded if further policy mistakes are made and if growth continues to disappoint, ratings agency Standard & Poor has warned.

In December, President Jacob Zuma sent domestic markets and the rand into a tailspin after firing respected finance minister Nhlanhla Nene and replacing him with David van Rooyen, a political unknown whose only budgetary experience was as a small-town mayor.

Four days later, he sacked van Rooyen to bring Pravin Gordhan back to a position he occupied from 2009 to 2014, restoring some calm to markets but refusing to admit he had done long-term damage to South Africa’s reputation.

“Certainly events before Christmas was a good sign of how policy mistakes can be made and how they can have a tremendous impact on something like the exchange rate very quickly,” said Konrad Reuss, sub-Saharan Africa head of S&P, referring to a surprise cabinet reshuffle last month.

In its November review of South Africa’s credit status S&P kept its rating at BBB-, one notch above sub-investment grade, but changed the outlook to negative from stable.

“We certainly felt we had to flag downside risks in this current environment for South Africa which would result in a downgrade in particular if growth continues to disappoint significantly,” Reuss said, referring to the change in outlook.

The International Monetary Fund on Tuesday cut its 2016 growth forecast for South Africa to 0.7 percent from 1.3 percent.

The country’s wide current account deficit, which stretched to a shortfall of 4.1 percent of GDP in the third quarter from 3.1 percent in the second, has also been cited by the agencies as a ratings risk.