"We are not terrorists" - Ex Guantanamo detainees in Ghana speak 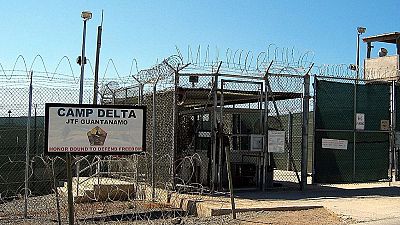 The Ex-Guantanamo detainees sent to Ghana say they want to live “quiet and peaceful lives” in the country. In an interview with the state broadcaster, Uniq FM in Accra the two, Mahmud Umar Muhammad Bin Atef and Khalid Muhammad Salih Al-Dhuby said they were not terrorists.

“We are not part of any group for example Al-Qaeda or other things, we don’t belong to any part of them. We are healed, we want to leave very normal lives.”

The two former detainees said they were not looking for revenge.

We are not part of any group for example Al-Qaeda or other things, we don’t belong to any part of them. We are healed, we want to leave very normal lives.

“We have been wrongly arrested for 14 years without any charge against us. We have suffered but we are not looking for revenge. We want to leave in Ghana quiet and peacefully. And we want to put our lives together. We are very happy for the warm reception that Ghana is known for.

In a bid to allay the fears of Ghanaians, they praise the citizens for their hospitality and even spoke of following events relating to the country.

“Ghanaians are very good people and very polite. We are very excited to come to Ghana because we know some of the things about Ghana, first of all Asamaoah Gyan,”

Asamoah Gyan lead the the senior national team the Black Stars to the 2010 world cup in South Africa.

“we know him, we like him very much. Even other detainees like Ghanaians. 2010 world cup, most people there I can say all of us were with Ghana. When Ghana beat America, we were very happy, were celebrating, we make some celebration, we talk to the guard or the interrogator we told him look at that we win.”

Many Ghanaians have kicked against the government’s decision to have accepted the two ex- Guantanamo detainees in the country. The latest is the Ghana Pentecostal and Charismatic Council.

“Their associates may come looking for them. Anything may happen to them and will Ghana be exonerated? The government should return them. They should make sure that they leave our soil. We don’t believe that their being here is of much gain to us, it might be a gain for some people; some outside forces but as a nation, we don’t believe that it is in our supreme interest,” Apostle Antwi told Citi FM, an Accra based Radio station.

The Christian Council of Ghana, had in a statement dated January 10, also expressed the similar sentiment.

“As a Council, we associate with the uncertainties and fears this issue has generated among our people, and request that government should consider immediate rescission of the decision and relocate the inmates outside the country.

The “US embassy has assured that the presence of the two in the country will not pose any security risk to the country.