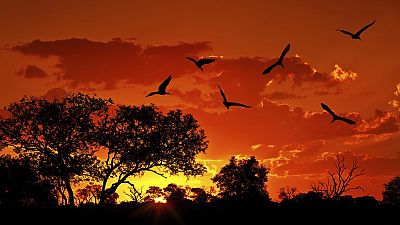 Boasting stellar attractions from waterfalls to historic sites, the number of bookings at many African tourism attraction sites has tremendously grown over the years.

The historical richness and overall diversity of top destinations in the continent makes it difficult to narrow them down.

But you might just want to visit these places in 2016…

Probably obvious because it features on everyone’s list of to-go places in Africa, but it remains up there on the list of African World Heritage Sites.

Besides its attractive description (tallest free-standing mountain in the entire world), Mount Kili is slowly becoming a lifeline for the needy. Charity drives, which save thousands of lives in the African continent and the world over are becoming a common sight at this world wonder which boasts 19 340- feet in the sky. Why would you not want to throw your name in the bag of people that’s turning people’s lives around for the better?

Unicef’s Walk for charity will take place between 18 and 28 February 2016.

During the month of July South African corporate executives, will participate in the Trek4Mandela climb , which aims to raise funds for purchasing sanitary towels for impoverished girls from rural and poor schools in South Africa to keep them in school.

UK based NPO – Marie Curie will also in October trek the mountain to raise funds for people living with a terminal illness.

Whilst trekking up the mountain, you take indulge your eyes in some of Tanzania’s most breath-taking sights.

The park is Ghana’s largest wildlife refuge. It is home to 33 species of reptiles and over 300 species of birds including the globally threatened fox kestrel, Senegal parrot, violet plantain-eater, yellow-billed shrike and red thoated bee-ea. The largest, oldest and most developed park, Mole began in 1957 as a game reserve. It was upgraded into a National Park in 1964. It covers an area of 4,912 sq. km.

Commonly known as the Kabarega is a waterfall found on the course of the great Nile. It actually breaks the stunning Victoria Nile, that flows across Uganda’s northern region from the vast Lake Victoria to the deep Lake Kyoga . In 1926, the park was a game reserve established to shelter the savannah grassland which was pointed out by Winston Church chill in the year 1907 as the grand Kew Gardens together with the wildlife combined on an confined land.

Robben Island in South Africa’s city of Cape Town was used for the Isolation of mainly political Prisoners during the apartheid era. Former president Nelson Mandela spend 27 years of his life behind bars on the Island. Described as ‘ the symbol of the triumph of the human spirit over adversity, the island attracts just over 80 000 visitors every year.

Valley of the Kings, Egypt

Although Egypt says it expects its tourists to drop by 13 percent in 2015/2016, many monuments and temples remain attractions for modern-day visitors . Near Luxor, on the west bank of river Nile, lies 63 tombs, containing priceless Egyptian antiquities, known as the Valley of the Kings.  The valley dates back to 500 years between the 16th and 11th centuries BC. It’s most known as the final resting place of Tutankhamun.