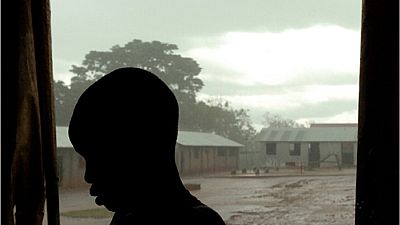 The allegations were first made by Alex Turyaritunga, a former child soldier during the Rwandan genocide, who had first hand experience of child exploitation.

He was raised in Kabale and after the death of his father, members of the Catholic Church helped his mother pay for his education and that of his four siblings.

Now a nurse with the UN refugee agency (UNHCR) in Uganda, he alleges that children as young as 10 are working on a church-owned tea plantation in Kabale.

During the investigation, 15 children along with adults were working on the land, tasked with weeding, gathering tea plants and carrying them on a steep hill to the location of cultivation.

A supervisor at the enterprise confirmed to BBC that children did work on the farm and their pay ranged from 1,000 to 2,000 Ugandan shillings per day. He also said that the land belonged to the Roman Catholic Church which was in business with Kigezi Highland Tea Limited.

Bishop Callistus Rubaramira of the Catholic diocese of Kabale, was not available to comment on the issue but more children could be seen unloading tea seedlings from a truck outside his residence.

The revelation comes months after the Pope’s visit to Africa, where he said children were the greatest victims of Africa’s historical exploitation by other powers.

“I deny to have responsibility and duty to answer about this – if there is problem for the local church, I am not responsible for that.”

The UN estimates that there are three million child workers in the East African country in which the latest figures estimate that 30% of children aged between 5 and 14 are engaged in child labour.