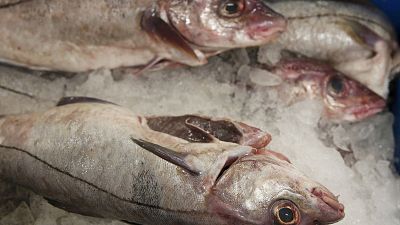 According to experts from the University of Lome who conducted the test, the fish contained high levels of veterinary drugs residues, which when consumed can lead to fatal diseases.

“This stock contained high levels of veterinary drugs. They contained 28 per cent of harmful veterinary drugs, while the maximum allowed is usually 10 per cent,’‘ said Ouro-Koura Agadazi, Togolese Minister for Agriculture and Fisheries.

"They (the fish) contained 28 per cent of harmful veterinary drugs, when the maximum allowed is usually 10 per cent."

Analysts say the market for tilapia in Togo is big, but the lack of domestic supply is encouraging illegal imports from China.

China, Egypt, Philippines, Taiwan, Indonesia and Thailand are the leading suppliers of #tilapia (76% of the total #aquaculture production).

Many Togolese blame the government for being complacent and failing to enforce fish importation laws into the West African country.

“If we have this problem at the moment, it’s the government’s fault. They didn’t check the fish that was imported, before it entered Togolese territory,” said an unidentified Lome resident.

Togo’s Consumers’ Association has called for a ban on imported food stuffs, to encourage consumption of local products.

“Togolese people should be careful about eating fish. And I must say that the conditions in which the fish are bred are scary. Everyone should be scared about consuming fish tilapia,’‘ said Emmanuel Sogadji, President of Togo’s Consumers’ Association.

Data by Togo’s Ministry of Agriculture and fisheries, 24,000 tons of fish is produced, however Togo is forced to import more than a third of its fish to maintain consumption at current levels.