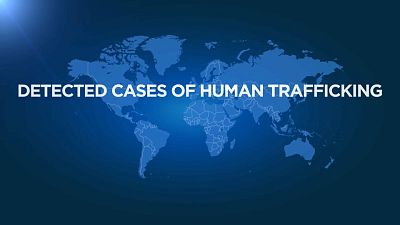 The multiplication of weather disasters, which pushes millions of people onto the roads, is now one of the "main causes" of human trafficking, according to a UN report published Tuesday (Jan. 24), also mentioning the risks posed by the war in Ukraine.

"Climate change increases vulnerability to trafficking," the study by the UN Office on Drugs and Crime (UNODC) said, based on data collection from 141 countries over the 2017-2020 period and analysis of 800 court cases.

Over time, "entire regions will become uninhabitable," which "disproportionately affects" poor communities that live primarily on agriculture or fishing.

They find themselves "deprived of their livelihoods and forced to flee their communities", becoming easy prey for traffickers, Fabrizio Sarrica, lead author of the text, explained to the press ahead of publication.

In 2021 alone, climate-related disasters caused the internal displacement of more than 23.7 million people, while many others had to move abroad.

The report cites devastating typhoons in the Philippines and Bangladesh, which is particularly prone to cyclones and storms.

In both countries, an increase in trafficking was noted, with, for example, the organization of "large-scale recruitment campaigns" to trap the poorest people in forced labor.

Ghana, suffering from droughts and floods, and the Caribbean region, subject to hurricanes and rising sea levels, are also in the front line.

Armed conflicts are another breeding ground for trafficking. If Africa is by far the most affected continent, the UN body points to a potentially "dangerous" situation in Ukraine, while welcoming the measures taken by European Union countries to receive and protect millions of refugees.

"It is a challenge to know how to manage the trafficking generated by war and instability," said Ilias Chatzis, head of the UNODC's Human Trafficking and Migrant Smuggling Section, interviewed by AFP.

"Regarding Ukraine, for example, we should not only help the neighboring countries, but also increase our support to the country's authorities", weakened by the war effort.

For the first time since the collection of data in 2003, which has so far gathered elements on more than 450,000 people, the number of victims identified in the world has declined in 2020 (-11% over one year).

The Covid-19 pandemic "has limited the ability to detect cases," particularly in low-income countries in Asia, Latin America and Africa, the report says.

With the closure of places open to the public (bars, discos...) due to health restrictions, some forms of trafficking, including sexual exploitation, have also moved to "less visible and even less safe places". 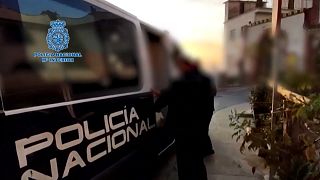