The International Monetary Fund said on Tuesday (Jan. 10) that corruption had inflated the cost of numerous high-profile tenders and infrastructure projects in Zambia.

The assessment revealed serious weakness across all state functions. However, those with particular macroeconomic impact were found in areas including public financial management, granting and managing contracts in the mining sector.

"For instance, enormous financial resources invested in infrastructure projects, such as road construction, provided avenues for corruption, especially in the award of tenders, where political connections allowed members of the elite to bend the rules and access to lucrative contracts", the 96-page report read.

Zambia's current leader vowed, upon his election two years ago, to show "zero tolerance" for graft.

Hakainde Hichilema's first targets were members of the government of his predecessor.

Many arrests however ended in bail, with defendants denying the charges. 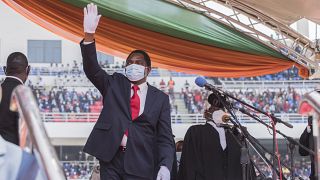