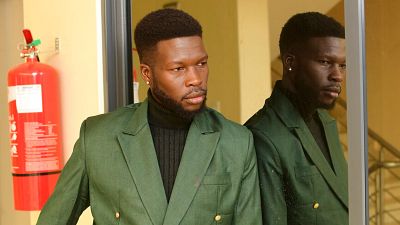 Three new arrests have been made in Kenya in the investigation of the murder of an LGBTQ rights activist that has sparked a national outcry and international condemnation, police announced Sunday.

On Monday, a Kenyan court allowed police to hold five suspects linked to the the murder of LGBTQ activist Edwin Chiloba for 21 days.

The body of the 25-year-old designer and model, was found Wednesday (Jan. 04) in a metal trunk on the side of the road in the western Rift Valley, about 40 km from the town of Eldoret. According to a police source who requested anonymity, the victim was "strangled" after being "tortured".

On Friday (Jan. 06), police announced that they had arrested a freelance photographer who was allegedly a long-time friend of the victim. On Saturday, three more suspects were arrested for their alleged role after the young designer's death, police said.

The suspects include a freelance photographer, who was reportedly a lover of the 25-year-old and is accused of killing him.

"We have three new suspects in custody," Peter Kimulwo, head of investigations at the Criminal Investigation Branch Office in Eldoret, said Sunday (Jan. 08).

"I can confirm that we have discovered the vehicle that we believe was used to dispose of the body. It will be analyzed," he told reporters in Eldoret.

The trunk would have been thrown from a car, according to the first elements of the investigation.

The motive of the killing has not been established, activists fear Edwin Chiloba was targeted because of his sexuality.

READ MORE: Body of LGBT activist found by the side of a road in Kenya

According to The Star, an autopsy is scheduled for Monday before the funeral a few days later.

In Kenya, LGBTQ people are faced with precariousness and discrimination in a predominantly Christian and conservative society where homosexuality is taboo, as in many African countries.

Same-sex sexual relations are punishable by law, with penalties of up to 14 years in prison.

The murder of the young LGBTQ activist has drawn strong international condemnation.

The UN High Commissioner for Human Rights Volker Türk said on Saturday (Jan. 07) that he was "shaken" and expressed his "deep sadness". He expressed his "solidarity with LGBTQI+ activists around the world" and stressed "the urgent need to redouble our efforts to protect them".

The African Union (AU) Commissioner for Human Rights Solomon Ayele Dersso also condemned the murder as "a result of hatred", calling on Nairobi to conduct a "transparent, thorough and prompt investigation" to bring those responsible to justice.

He also called on Kenya, like other AU members, to take steps to ensure that "all vulnerable members of society, especially those perceived to be different from others, including because of their sexual or gender identity, are able to live their lives free from the threat of violent attacks.

"Every day, the rights of LGBTQ people are violated with no real consequences for the perpetrators," it denounced, urging the police "to conduct prompt investigations and ensure that the killers are apprehended and prosecuted."

The LGBTQ Feminist Forum, in western Kenya where Edwin Chiloba lived, stressed that the designer had used "fashion to deconstruct gender and promote the rights of the marginalized community" and demanded that full light be shed on the murder and the hiding of the body.

In April, another LGBTQ activist was found murdered in Kenya. 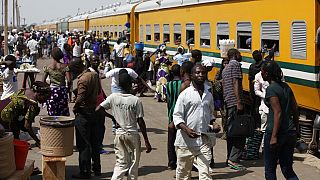 Gunmen abduct more than 30 in Nigeria

Gunmen abduct more than 30 in Nigeria