An Ivorian prosecutor demanded Wenesday ( Dec. 21) a life sentence for four suspects allegedly involved in the 2016 machine-gun assault on a beach resort that killed 19.

He also asked for life for 14 other suspects being tried in absentia. They are either on the run or being held in neighbouring Mali.

The lawyers of the four defendants who stood before the Abidjan court had demanded acquittal for their clients. They claimed that the prosecution lacked "proof" of their complicity with the perpetrators of the attack.

All 18 were charged for acts of terrorism, murder, attempted murder, criminal concealment, illegal possession of firearms and ammunition "and complicity in these deeds".

During the trial, many witnesses to the attack, including the owner of one of the targeted hotels and a member of the special forces who shot the attackers, took the stand to recount the day of March 13, 2016.

The verdict is expected on December 28.

The tragedy is one of West Africa's bloodiest jihadist attacks.

Four French nationals, nine Ivorians, a Lebanese, a German, a Macedonian, a Malian, a Nigerian and an unidentified person were killed in the attack that left 33 people people injured. 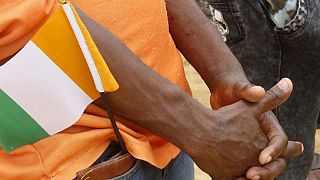 Mali arrests another 'conspirator' in the Grand Bassam attack

Mali arrests another 'conspirator' in the Grand Bassam attack