The Libyan capital Tripoli was hit by heavy rains on Sunday morning, leading to flooding of main roads and disruption of schools.

The Tripoli Security Directorate announced that it was taking over the towing of cars that broke down due to the heavy rains that flooded the streets.

The Traffic Affairs Office of the Tripoli Security Directorate called for the need to take precautions.

There have been no reports of human casualties. 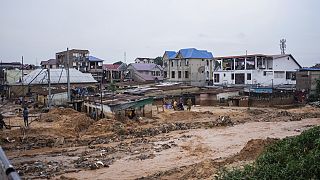