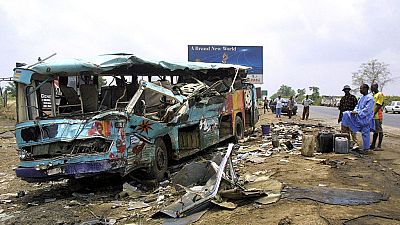 At least 37 people were killed Tuesday in a multi-bus crash in northeastern Nigeria, authorities said.

The accident occurred near the city of Maiduguri when two commercial buses collided head-on and burst into flames.

A third bus then crashed into them, Utten Boyi, head of the road safety agency for Borno state, said in a statement.

"Thirty-seven people have been confirmed dead, most of them burnt beyond recognition," Boyi said.

A burst tire on the first bus, coupled with "excessive speed," according to the official, was the cause of the tragedy.

Road accidents are common in Nigeria, where road conditions have deteriorated in recent weeks following heavy rains and flooding, the worst in a decade in the country.

Earlier Tuesday, 17 people were killed and four injured when their bus crashed into a truck near Abuja, Nigeria's capital, local media reported.

On Saturday, nine people drowned when their overloaded vehicle plunged into a dam after a tire burst near the northern city of Kano, local officials said. 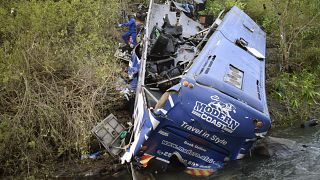 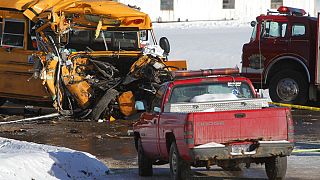